Abigail Lawlis Kuzma was nominated to serve on the Board of Directors of the Legal Services Corporation by President Donald Trump, and the U.S. Senate confirmed her nomination August 1, 2019.

Kuzma received a BA from the Universityof Wisconsin and J.D. from Maurer School of Law, Indiana University, Bloomington. She is the Halbrook Distinguished Chair of American Government at Taylor University. From 2009-2017 Kuzma served at the Indiana Attorney General’s office as Assistant Attorney General, Chief Counsel of Victim Services and Outreach, Senior Policy Advisor, and Director and Chief Counsel of Consumer Protection. She managed a staff of 100, including 36 attorneys.She was also the Co-Chair designee of the Indiana Anti-Human Trafficking Task Force from 2009-2017 and a member since 2005.

She was founder of the Neighborhood Christian Legal Clinic and served as Executive Director from January 1994 to April 2009.Prior to that, Kuzma was a subcommittee Chief Counsel of the United States Senate Judiciary Committee, and Legislative Assistant for Senator Richard G. Lugar.She has published numerous articlesandhas also presented in a number of Continuing Legal Education seminars in the areas of:Human Trafficking, Humanitarian Immigration Relief; Religion and the Constitution, Indiana Nonprofit law; Consumer Protection, and Foreclosure Prevention. 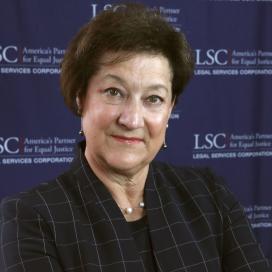