Julie A. Reiskin
Board Member

Julie Reiskin was nominated to serve on the Board of Directors of the Legal Services Corporation by President Barack Obama on December 17, 2009, and her nomination was confirmed by the U.S. Senate on March 29, 2010.

Reiskin, licensed in Clinical Social Work, is the Executive Director of the Colorado Cross-Disability Coalition (CCDC). Its mission is to advocate for social justice for people with all types of disabilities.

CCDC has taken a leadership role within Colorado on disability policy --particularly in health care --and ensuring that people with disabilities have a voice in shaping disability policy. CCDC is proud to be a disability-led organization. Prior to becoming the Executive Director for CCDC in 1996, Reiskin served as the organization's policy analyst.

Reiskin moved to Colorado from Connecticut in 1994. In Connecticut, she was a partner at a consulting firm. She specialized in diversity issues throughout Southern New England. She also had a private psychotherapy practice and worked on grassroots organizing and positive youth development with several organizations in Connecticut.

Reiskin teaches in the areas of Disability Rights, Disability Cultural Competency, Policy Advocacy, Nonprofit Program Development and Practice, Client/Constituent Engagement and Equity, Diversity, and Inclusion. She consults with other organizations to help them develop and practice real and meaningful client involvement. She is an adjunct faculty with the University of Denver Graduate School of Social Work. Reiskin serves on the Boards of the Denver Foundation, the American Civil Liberties Union of Colorado, and the National Pain Advocacy Center. 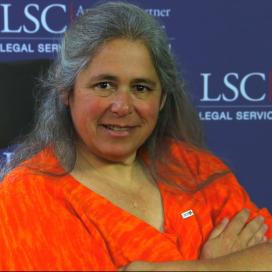