Board Agrees to Reprogram LRAP Funds

LSC's Board of Directors agreed to seek Congressional approval for a plan to reprogram $500,000 from the Corporation's Loan Repayment Assistance Program (LRAP) to cover a potential shortfall in its FY 2009 budget for management and grants oversight. The shortfall has been building for years as a result of level funding from Congress, increased operating costs, declining interest rates, and dwindling carry-over funds. The reprogramming is necessary to avoid a reduction in force.

The LRAP program, which helps legal aid lawyers repay their students loans, should continue uninterrupted this year using funds that LSC expects to receive once Congress approves the continuing resolution expected for the first few months of FY 2009. LSC intends to work with the Congress during the final deliberations on a FY 2009 LSC appropriation to restore the $500,000 to the LRAP account provided that the final appropriation for LSC's management and grants oversight is at least at the mid-point between the House and Senate committee-approved levels.

LSC's Board reaffirmed its strong support for the LRAP program and the core concept of using loan repayment assistance as a method for recruiting and retaining civil legal aid attorneys. The resolution approving the reprogramming states, "The Board does not intend for its action to indicate that other LRAP projects are no longer needed or that LSC's pilot project should not continue." The Board approved the reprogramming during a teleconference on August 18.

On August 14, President Bush signed into law the Higher Education Opportunity Act (H.R. 4137), which establishes a new loan repayment assistance program for civil legal aid lawyers. The bill would authorize the U.S. Department of Education to distribute $10 million in loan repayment assistance grants-$6,000 a year, $40,000 for a lifetime-to full-time civil legal aid lawyers who agree to remain employed as such for at least three years. Congress will have to appropriate money for the program through a separate process. Priority will be given to attorneys with five years of experience or less who have spent at least 90 percent of that time with a legal aid organization. However, participants in the new program can not benefit from a separate loan repayment program established by the College Cost Reduction and Access Act, which became law in September 2007. That program would completely forgive the balance of certain student loans for legal aid lawyers after ten years of service.

LSC has begun offering online orientation sessions for grantee staff interested in learning more about the LSC Resource Information, LSC's online clearinghouse of best practices and model projects. The sessions will be conducted via LegalMeetings, a web-conferencing program, and will guide users through the site's navigation and content. To schedule an orientation session, contact Iffat Nawaz at nawazi@lsc.gov or (202) 295-1541. 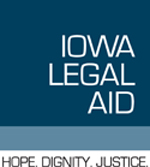 Iowa Legal Aid has received its second grant of $30,000 from the Iowa Bar Foundation to support the Health Law Partnership, which brings doctors and legal aid lawyers together to identify underlying legal issues affecting chronic medical conditions. "In many cases the systemic cause of the cycle of poor health truly lays in the legal arena more than the health field," said Dennis Groenenboom, executive director of Iowa Legal Aid. The bar foundation awarded its first $30,000 grant to the partnership in 2006. The project is modeled after one launched by the Boston Medical Center in 1993, and is one of many similar programs operating throughout the country. The Provision for the Delivery of Legal Services Committee of LSC's Board of Directors focused on medical-legal partnerships during its October 2007 meeting in Portland, Maine. Approximately 30 LSC-funded programs are participating in medical-legal partnerships in more than 20 states.

Legal Aid of North Carolina's Access to Justice Campaign has received a pledge of $30,000 from Blue Cross Blue Shield of North Carolina, one of the largest single-year gifts the campaign has received and its first from a major corporation. The contribution means more than just dollars and cents, explains A.P. Carlton, Jr., former president of the American Bar Association and chairman of the campaign, it is a recognition of the fact that "[t]he vast majority of Legal Aid's clients...are employed and hardworking, corporate customers as well as corporate employees." Once the company had all the facts, said Carlton, they quickly understood the importance of Legal Aid's work and viewed their gift as part of their corporate responsibility to the community as well as a good investment. "We are extremely pleased that a company of the stature of Blue Cross Blue Shield has taken a leadership role in support of this important campaign," he said. The Access to Justice Campaign, which raised over $500,000 in its first year, begins its second year this month.

The Mississippi Bar Foundation has awarded $1.7 million in Interest on Lawyer Trust Account grants to the state's two LSC-funded legal aid programs: $1 million to the Mississippi Center for Legal Services (MCLS) and $700,000 to North Mississippi Rural Legal Services (NMRLS). The total represents an increase of nearly $1 million over what the programs received in the prior grant cycle. Sam Buchanan, executive director of MCLS, said the funds will allow him to hire additional staff and provide much-needed salary increases to his existing employees. Ben Cole, who heads NMRLS, said the funds will be used to hire additional attorneys-including one who speaks Spanish-to staff the program's telephone hotline, and will provide for an increase in the starting salaries of attorneys. Interest on Lawyer Trust Account programs collect the interest earned on client accounts held by lawyers throughout a state, and distribute it as grants to legal aid programs and other organizations. IOLTA grants are a significant source of revenue for legal aid programs. In 2007, IOLTA programs represented the third largest source of funding for all LSC-funded programs.

Julie Levin, managing attorney of Legal Aid of Western Missouri's Kansas City office, received the 2008 Dorsey Award from the Government and Public Sector Lawyers Division of the American Bar Association during the group's recent annual meeting in New York City. The award recognizes exceptional work by a public defender or legal aid lawyer, and is named after the late Charles H. Dorsey, Jr., long-time executive director of Maryland's Legal Aid Bureau. Levin received the award for her dedication to transforming public housing in Kansas City. In the late eighties, she filed a federal lawsuit against the city's housing authority that resulted in the construction and renovation of millions of dollars worth of high-quality affordable public housing. Levin frequently lectures and writes about housing law, is chairperson of the Missouri State-Wide Legal Services Housing Task Force, coordinates the Public Housing Working Group for the National Housing Law Project and serves on its Council of Advisors.

Capital Area Legal Services (CALSC) of Baton Rouge, La., will celebrate its 50th anniversary next month with a reception featuring Mississippi Supreme Court Chief Justice Jess H. Dickinson-a true champion of equal justice-as guest speaker. In April, Justice Dickinson moderated the first in a series of hearings on the need for increased civil legal aid for low-income Mississippians, where he spoke passionately about the duty to ensure equal justice for all citizens. The celebration will also include a pro bono awards ceremony. Founded in 1958 as the Legal Aid Society of Baton Rouge, CALSC is dedicated to providing equal access to justice to low-income Louisianans in its 12-parish service area. The organization adopted its current name in 1978.

Inland Counties Legal Services of Riverside, Calif., will celebrate 50 years of service to the poor in October at a gala celebration featuring a keynote speech from Justice Earl Johnson, Jr., who is recognized as the "Father of Legal Services." Justice Johnson was the second director of the Office of Economic Opportunity's legal services program, LSC's predecessor, and has served as President of the National Equal Justice Library, Chairman of the California state bar's Access to Justice Working Group, and Co-Chair of the state's Commission on Access to Justice. He recently retired from the California Court of Appeals and became a Scholar in Residence at the Western Center on Law and Poverty, California's oldest and largest legal services support center. At the event, Johnson will also present a lifetime achievement award to Riverside County Superior Court Judge Ronald L. Taylor, former head of ICLS.

The Center for Access to Justice and Technology at the Chicago-Kent College of Law is hosting a free online training session on September 11 for new users of A2J Author-software that makes it easy for non-technical staff from courts and legal aid programs to create user-friendly web-based interfaces that guide self-represented litigants through the process of creating accurate and properly formatted legal forms. The session is also recommended for existing users who would like a refresher course. The agenda includes an introduction to functions, a review of field and variable types, tips on designing questions, and instructions for adding, inserting, and cloning questions. LSC has provided Technology Initiative Grant funding for the software since its inception and continues to support its development.

An Expert Discussion of the College Cost Reduction and Access Act

Have questions about the loan repayment assistance provisions in the College Cost Reduction and Access Act? Heather Jarvis has the answers. Jarvis, Senior Program Manager for Law School Advocacy at Equal Justice Works and a national expert on educational debt issues confronting new lawyers, discusses the bill on the latest episode of The Slippery Slope, a podcast covering legal issues. According to the site, Jarvis "has been a tireless advocate for the new federal loan forgiveness law...[and] is fluent in its complex rubric....[T]he interview is overflowing with indispensable information for anyone with student loan debt, anyone about to incur student loan debt, and anyone advising or mentoring someone with student loan debt."

The LSC Resource Information (LRI) is an online clearinghouse of best practices, model projects, and other resources for LSC-funded programs.

South Carolina Legal Services has created an exhaustive manual on its intake procedures that is used in all of its seven offices. The manual has in-depth information on every conceivable subject regarding the screening and acceptance of clients, including handling calls from disabled persons, screening for conflicts of interest, serving applicants with limited English proficiency, determining financial eligibility, and more.

Success Story from the Legal Aid Society of Cleveland 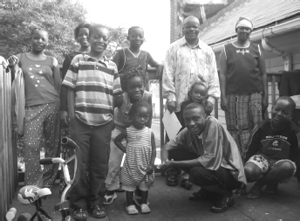 Burundi, a nation in Africa's Great Lakes region, was in turmoil for decades. In 1972 violence broke out between two ethnic groups: the majority Hutus and the ruling minority Tutsis. Over one hundred thousand Hutus were killed in the conflict. Hundreds of thousands more were internally displaced or crossed the border into neighboring countries and became refugees. Among this last group was Benjamin Havyarimana, who fled to a refugee camp in western Tanzania. Benjamin met and married his wife Anelise in the camp, where he worked for the International Rescue Committee as a nurses' assistant. The couple now has nine children.

In 2006 the U.S. government allowed refugees who left Burundi in 1972 to immigrate to the United States.

Legal Aid attorney Megan Sprecher first met Benjamin and his family through her volunteer work with Catholic Charities, where she helped the children with their homework. Coincidentally, the family was also referred to Ms. Sprecher for legal assistance through the Community Advocacy Program, Legal Aid's collaboration with MetroHealth System. She helped to secure benefits for the family, including money to cover transportation and child care costs, allowing Anelise to work and Benjamin to attend a full-time ESL course. Benjamin's goal is to return to a career in nursing.

With Legal Aid's assistance, the family is settling into a new life on a new continent. Asked about Ms. Sprecher, they are enthusiastic. Benjamin adds to the cheers and applause: "Without Megan we would not have anything!"