LSC President Helaine M. Barnett introduced the Congressman as a "true champion of justice, protector of voting rights for all Americans, and long-time friend and supporter of the Legal Services Corporation." 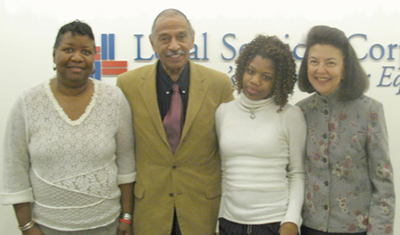 Conyers discussed the intersection between the work of LSC and the broader struggle for equal justice and civil rights, a struggle he has helped lead during his more than 40 years in Congress. He was a moving force for the 2007 reauthorization of the historic Voting Rights Act of 1965, and spoke eloquently of the need to do so.

Conyers' other legislative accomplishments include the Violence Against Women Act of 1994, the Motor Voter Bill of 1993, the Martin Luther King Holiday Act of 1983, and the Help America Vote Act of 2002.

Congressman Conyers is the second most senior member of the U.S. House of Representatives. He is a co-founder of the Congressional Black Caucus, and is considered the Dean of that group. Conyers currently serves as Chairman of the House Judiciary Committee, a position he was first elected to in the mid-90s. 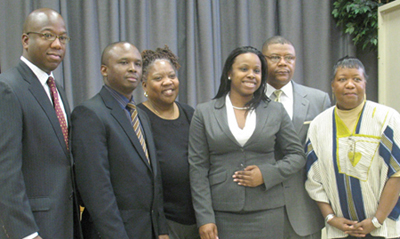 Continuing another tradition of LSC's Black History Month Celebration, staff from LSC visited the Annapolis Road Academy Alternative High School in Bladensburg, Maryland, to inspire students to embrace a variety of careers supporting the mission of providing equal justice for all. The visit included an essay contest on the subject of leadership. This year's winner, Ebony Milligan, read her essay during the celebration at LSC headquarters.

Click here for a full biography of Congressman John Conyers.

On February 26, LSC hosted the monthly meeting of the Executive Board of the Veterans Consortium Pro Bono Program, which provides free legal services to veterans with appeals pending before the U.S. Court of Appeals for Veterans Claims. The Consortium is celebrating its fifteenth anniversary of providing legal services to America's veterans.

LSC President Helaine M. Barnett delivered the opening remarks, applauding the consortium for mobilizing the private bar to deliver high-quality legal services to those veterans who would otherwise be unable to afford them. Since its establishment in 1992, the Consortium has trained and supported thousands of pro bono attorneys who have represented thousands of veterans before the court, prevailing in over 70 percent of their cases, ensuring that veterans and their families receive 100 percent of the benefits they are eligible for.

LSC played an integral role in the establishment of the Consortium. When the U.S. Court of Veterans Appeals was established in 1988, it quickly realized that the vast majority of veterans coming before the court had no legal representation. The Court provided a portion of its annual Congressional appropriation to LSC to seek proposals to create a pro bono program. Four organizations-the American Legion, Disabled American Veterans, National Veterans Legal Services Program, and Paralyzed Veterans of America-joined together and submitted the winning proposal. The Consortium has operated the pro bono program since 1992.

LSC continues to provide guidance and oversight to the Consortium through participation in Board meetings, informal consultations, and periodic site visits.

On August 28, 2007, the Board of Trustees of the Legal Aid Society of Greater Cincinnati, Ohio, adopted a resolution to increase the involvement of private attorneys in the delivery of civil legal services to their clients, bringing to 79 the total number of LSC-funded programs who have adopted such resolutions.

LSC is encouraging all program Boards of Directors to adopt pro bono resolutions modeled after one adopted by LSC's Board in April 2007. Urging programs to adopt local resolutions is a key element of LSC's private attorney involvement action plan, entitled "Help Close the Justice Gap, Unleash the Power of Pro Bono." 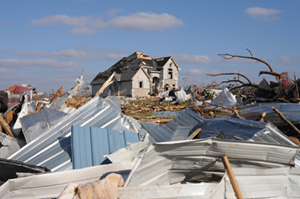 Three LSC-funded legal services programs in Tennessee have partnered with other organizations to create a toll-free hotline to assist victims of recent tornadoes in Tennessee.

The Legal Aid Society of Middle Tennessee and the Cumberlands, Memphis Area Legal Services, and West Tennessee Legal Services are partnering with the Young Lawyers Divisions of the Tennessee and American Bar Associations, the Federal Emergency Management Agency (FEMA), and the Tennessee Alliance for Legal Services. The hotline will assist callers with securing benefits from FEMA and other government organizations, filing insurance claims, working with home repair and other contractors, replacing wills and other important legal documents, and more.

Eligible clients seeking assistance from SJLS will be referred to pro bono attorneys trained by SJLS, who will receive assistance from Rutgers law students. Medical students supervised by physicians at Cooper University Hospital will review the clients' medical records.

"These cases really benefit from a holistic approach to the delivery of legal services," said Kate Myers, Director of Pro Bono Services at SJLS. Proper review and understanding of medical records is crucial to making a successful disability claim, said Myers, and the assistance of medical students to review those records is the "proverbial piece which completes the puzzle." 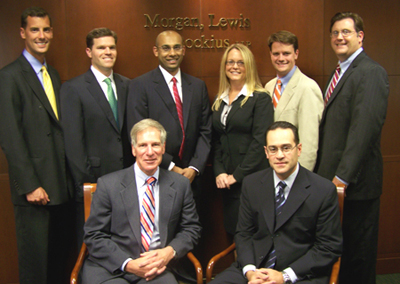 Attorneys with the law firm of Morgan, Lewis & Bockius, who helped spearhead SJLS' Medical-Legal Partnership, and have been crucial to its success.

"SJLS is grateful to the Princeton law firm of Morgan Lewis for spearheading this project," said Myers. "Their participation has been crucial to attracting additional members of the private bar. It is a major coup that medical students are available to assist the more than 50 private attorney volunteers from around the state who are involved with this project." 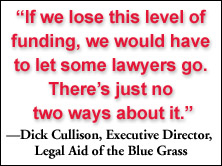 "We're crossing our fingers that we can get at least some of the money restored," said Dick Cullison, Executive Director of Legal Aid of the Bluegrass. "If we lose this level of funding, we would have to let some lawyers go. There's just no two ways about it."

Cynthia Elliott, Executive Director of the Appalachian Research and Defense Fund, said, "There's already a major justice gap for the clients that seek our services. With another cut, we would have to turn people away even more frequently. Without our help, people are more subject to be exploited, to be homeless, to be abused in domestic cases." 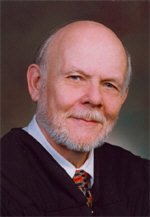 Justice Earl Johnson, Jr., is serving as a Scholar in Residence at the Western Center on Law and Poverty, California's oldest and largest legal services support center.

His new role involves participating in the national effort to make access to justice a matter of right in the United States. He will also be writing two books: one, a comprehensive history of civil legal services in the U.S., and the other, a scholarly work on the future of access to justice.

Justice Johnson retired from the California Court of Appeals last year. He began work at the Center last December. Johnson's new position marks a return to the organization he helped create, and led as President of its Board of Directors in its formative years.

Johnson has dedicated his entire career to securing access to justice for the underprivileged. In the 1960s, Johnson directed the Legal Services Program of the U.S. Office of Economic Opportunity, the program which preceded LSC. Johnson currently serves on the American Bar Association's Standing Committee on Legal Aid and Indigent Defendants and the Executive Committee of the California Commission on Access to Justice.

The Farmworker Program of Maryland's Legal Aid Bureau has helped five farmworkers receive back wages and double damages after the workers failed to receive proper payment for their services.

Each of the workers, who were recruited from homeless shelters to pack potatoes in Delaware, will receive approximately $5,000 in wages and damages under the terms of a settlement with the potato farm and the labor contractor that hired the workers.

"It was a home run for the clients," said Daniela Dwyer, supervising attorney of the Farmworker Program. "Under the Fair Labor Standards Act, you can get double damages for wage nonpayment. Our settlement meant we recovered twice the amount of wages our clients were owed. They also got an additional amount on top of the wages for agreeing to resolve the suit."

The farm labor contractor made false promises to the workers (all African-Americans recruited in several southeastern cities), saying they would receive wages above the minimum wage, get free food and lodging, and would get 90 hours of work a week, with overtime paid over 40 hours. "The clients upheld their end of the bargain and they all worked grueling 85- to 90-hour weeks. But, they were only paid between $20 and $40 each week, the housing didn't meet code and they were only fed two baloney sandwiches for lunch. They were so hungry, they put raw potatoes in their pockets to eat at night," said Dwyer.

Preventing Foreclosure in the Face of a Tragedy

Protecting Domestic Violence Survivors So They Can Rebuild Their Lives