LSC's Annual Reports highlight the work of LSC and its grantees. They focus on enhanced partnerships, increased collaboration and oversight including initiatives such as LSC’s Pro Bono Task Force, Technology Initiative Grants, and the work of LSC-funded programs in response to natural disasters. 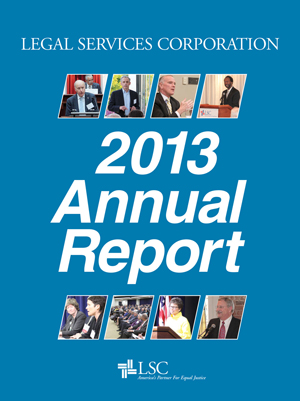 Archives of previous year's Annual Reports are listed below 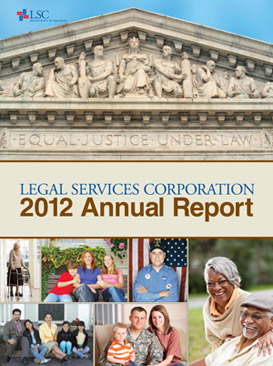 Letter from the Board Chair

Board of Directors and Committees

LSC Across the Country (MAP)

Developing New Ways to Expand Partnerships with the Private Bar*

Message from the Inspector General

*Look for the red tags indiciating additional content in the form of links to related video and photos.

Saving a Home for a Cancer Survivor