According to the survey, LSC-funded programs anticipate laying off 393 employees, including 163 attorneys, in 2012.  The reductions continue a staffing downturn that began about a year ago. In December 2010, LSC-funded programs employed 4,351 attorneys, 1,614 paralegals and 3,094 support staff. During 2011, LSC programs reduced their staffing by 833 positions through layoffs and attrition. They now anticipate a new round of layoffs this year, bringing the staffing loss to 1,226 full-time personnel.

The survey was conducted in late December and early January, and 132 of the 135 nonprofit legal aid programs funded by LSC responded. 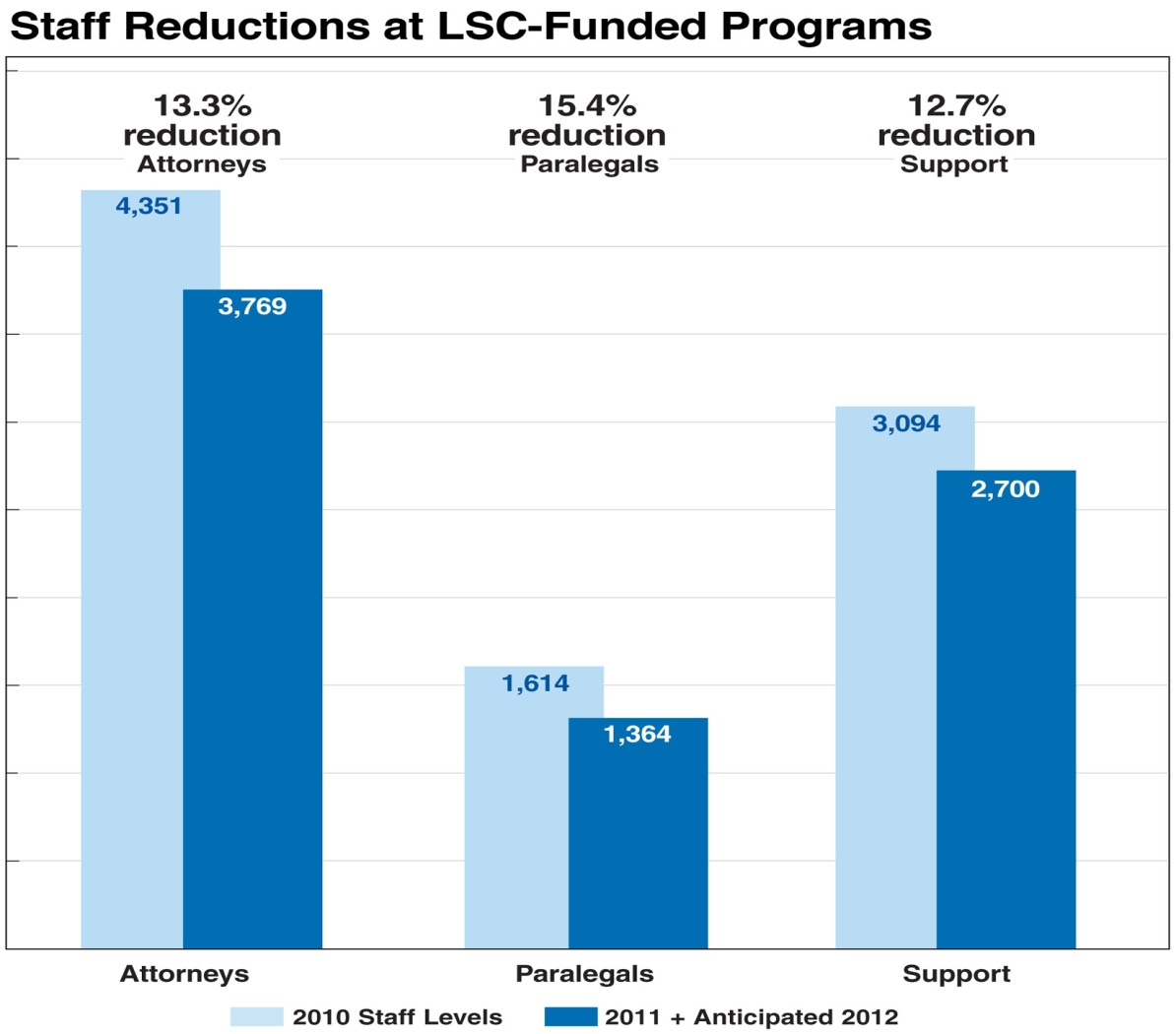 “These staff cutbacks are devastating,” LSC President James J. Sandman said. “At a time when low-income families are increasingly seeking legal assistance with matters involving domestic violence, foreclosure, veterans’ benefits and other matters, I am very concerned that these staff reductions will lead to reduced services for the most vulnerable among us.”

LSC-funded programs have experienced a decline in LSC and state grants, funds from Interest on Lawyers’ Trust Accounts (IOLTA), and other revenue sources over the last two years. LSC—the nation’s single largest funder of civil legal assistance—received $348 million from Congress for Fiscal Year 2012, down from $420 million in Fiscal 2010.

LSC was established by the Congress in 1974 to provide equal access to justice and to ensure the delivery of high-quality civil legal assistance to low-income Americans. The Corporation currently provides funding to 135 independent nonprofit legal aid programs in every state, the District of Columbia and U.S. territories.

The Corporation’s grants help address the civil legal needs of the elderly, veterans, victims of domestic violence, individuals with disabilities and others with pressing civil matters. More than 60 million Americans have incomes at or below 125 percent of the federal poverty line and qualify for civil legal assistance—an income of $13,613 for an individual and $27,938 for a family of four.