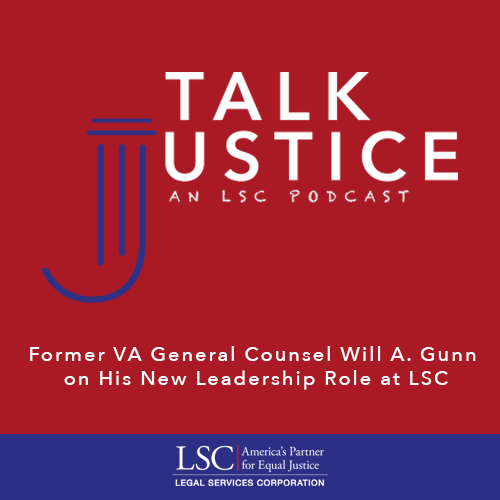 Former VA General Counsel Will A. Gunn on His New Leadership Role at LSC

The Legal Service Corporation’s new vice president for legal affairs and general counsel Will A. Gunn discusses his new position and his legal and military experience in an episode of LSC’s “Talk Justice” podcast. LSC President Ronald S. Flagg hosts the conversation.